From a Juliet balcony three storeys above the Paseo del Prado during a break in the rain, I watch people pour out of buildings and scurry across the paved pink-and-black promenade. The sun peeks through clouds illuminating weathered and neglected pastel and stone buildings from eras long gone.

This is the Havana I’ve come to see: The inspiration for storytellers, songwriters and photographers since early in the 20th century. Playground of the rich and famous before revolutionary forces marched in, in 1959 — the Cuban capital is undergoing a bit of a revival. Rain or shine, I don’t plan on missing one bit of it. And I have a goal: To find out whether Cuba deserves its reputation of serving tourists “banal” fare.

As it turns out, if you know where to look you can get tasty food — from the street vendors selling crispy chiviricos (fried dough dusted with sugar) and coconut ice cream (helados) eaten from the husk with a little plastic spoon, from the paladares big and small, from the internationally run hotels, from the farms and even a state-owned restaurant.

Paladares, or home restaurants, made their debut after the collapse of the Soviet Union forced Cubans to find ways to feed their families. The rules, though, were onerous: among them only family members could be employed, seating was limited to 12 and they couldn’t serve alcohol or seafood. After 2010, when President Raúl Castro expanded the private sector and began rolling back restrictions, private restaurants — most much more than home kitchens — rocketed to some 2,000.

El Del Frente (One in Front), which opened in 2015, has no sign to point the way: The in crowd knows it’s behind the white door across from 304 O’Reilly, and straight up the stairs. Its rooftop bar, we’re told, is the in place to have cocktails and appetizers before dinner. Brothers Julio Cesar Imperatori and José Carlo Imperatori own El Del Frente and 304 O’Reillys, which opened in 2013 and quickly found it needed more space. 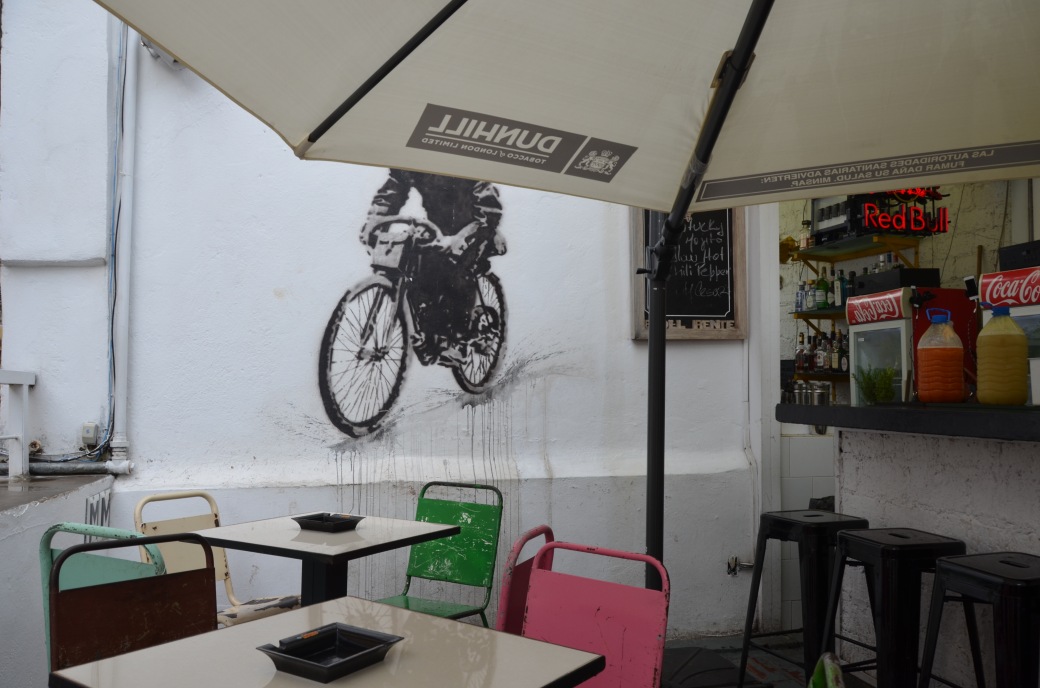 Havana’s El Del Frente is worth finding: Both for its laid-back 1950s décor and its awesome cocktail menu./Photo: Nancy Truman

El Del Frente is worth finding: Both for its laid-back 1950s black and white décor, splashed with lemon, emerald and coral chairs and a mural of an antique motorcycle and rider, and for its awesome cocktail menu that goes way beyond its famed fruit daiquiris. Ice Baby, made from Bombay gin, tonic water, lime zest, a sprig of juniper and a vanilla bean paired perfectly with tuna tataki, fish tacos, ceviche and mini empanadas with homemade salsa chosen from a menu of fresh, mainly Cuban fare.

Another paladares we’re glad we found is Terraza Cuba in Santa Marta, a short drive from Varadaro. While the space is tiny, its gourmet Cuban menu is big on taste. Everything from the rum fruit cocktail served in a pineapple; to the combo starter of bacon-wrapped tamale with pineapple glaze and a plantain tart filled with pork, cheese, onion and béchamel; to a seafood platter of marlin, snow crab and shrimps was a winner. Then there are the little touches, like how the coffee is served with a piece of local sugar cane and a tobacco leaf in lieu of a spoon and napkin, as Karell López Palenzuela, the general manager, pointed out. He also admitted to getting a little help from regular international guests to keep the tiny glass-enclosed bar well-stocked with premium brands not available in Cuba. And they didn’t hesitate to accommodate our short-notice request for an early dinner before flying out.

Generally, you should heed the advice to avoid state-owned restaurants, with one exception: El Aljibe. The government breathed new life into Rancho Luna — a private restaurant opened on the outskirts of Havana in 1947 by brothers Pepe and Sergio García Macíasto. The pair serve Cubans a traditional Sunday roast chicken dinner drizzled with their mother’s secret sauce as of 1993, when Sergio agreed to run a new version of “Cuba’s tastiest roast chicken” in the Havana suburb of Miramar.

Generally, you should heed the advice to avoid state-owned restaurants, with one exception: El Aljibe.

While dining at the open-air restaurant is anything but intimate, the chicken is worth joining the crowd for. “It’s the sauce,” says Sergio as we sing its praises. The secret is safe with him, though. He only reveals two ingredients: garlic and bitter local oranges. The roast chicken with white rice, “sleepy” black beans, green salad and sweet potatoes served in generous helpings costs $12 CUC (C$15.50) per person. The wine cellar, which Sergio claims is the best in Cuba, has more than 1,000 labels, with many coming from Spain, Chile, Argentina.

At La Coincidencia near Jovellanos in Matanzas, Hector Luis Correa Almeida, his wife Odalys and their adult children do farming a little differently. In Cuba, farmland is given to those who can meet required production quotas and the food is sold through the state at established prices. The Almeidas received their land 33 years ago and, after meeting their quotas, have parlayed hard work into a small profit serving tourists and locals at their table. 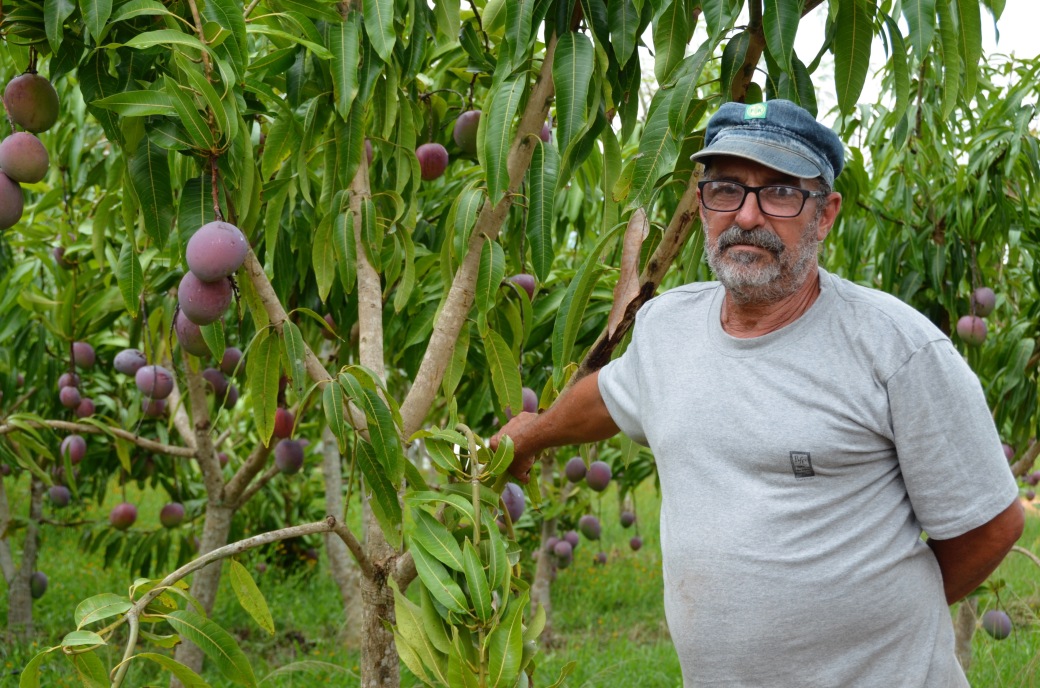 I was disappointed I couldn’t buy any of the floral, complex honey his colony of melipona bees produces: The species makes smaller quantities and although the bees have no stingers to ward off predators, what they make is difficult to extract from their three-dimensional combs. For $15 CUC (C$19.40), you get lunch, mango or passionfruit juice, cheese and guava jam, coffee and a mojito lesson from Odalys. The best part is learning firsthand about the Almeidas’ farm.

While the state remains the majority owner of hotels, those run by international chains are working to turn locally available produce into some world-class dishes.

Located in Cuba’s first European-style shopping arcade, which was built between 1894 and 1917, the hotel restaurants offer a fantastic view of old Havana. I enjoyed night-time Havana from a perch overlooking The Capitol building and the Great Theatre in the Lobby Bar El Arsenal, while sipping a 20-year-old Sandeman Port and enjoying a cinnamon milk brioche with white-chocolate drizzle.

At El Paseo at the Iberostar Parque Central, we were served a special Cuban menu of suckling pig and lobster with sweet potato and pumpkin and finished off with a guava mousse with coconut foam and papaya crumble. It was a great meal, but it’s difficult to recommend something that isn’t on the menu. It’s easy, though, to recommend a stay here. The rooms are big, bright and clean, have great views of the city, and the breakfast buffet isn’t wanting for anything, except eggs, which are made to order.

The writer was a guest of the Cuba Tourist Board (gocuba.ca/en/)

American novelist and onetime Toronto Star reporter Ernest Hemingway’s love for Cubans was reciprocated and the country has taken care to preserve his favourite places. If you can only visit a few, it should be these:

When it comes to libations, heed Hemingway’s advice — “My mojita in La Bodeguita, my daiquiri in El Floridita.” It’s hard to see charm in La Bodeguita del Medio — the “little shop” in the middle of Empedrado Street — when tourists are spilling out the door and there’s no room to move. Some question whether Hemingway actually penned the quote that sits above the bar or even whether he was a regular; regardless, you always get a good mojito and there’s a band playing. La Bodeguita del Medio claims to be the birthplace of this concoction of Havana Club 3 Year Old rum, sugar, lime juice and muddled spearmint leaves.

I found El Floridita, the historic fish restaurant and cocktail bar at the corner of Obispo and Monserrate Streets, more simpatico, though that may be because I got to mix up the daiquiri made famous by Hemingway under the tutelage of master bartender Abel Viera Oliva. Whether or not Floridita is “the cradle of the daiquiri,” one thing is certain – the bartenders infuse it with passion and topnotch ingredients, including Maraschino Luxardo liqueur imported from Italy. While the memorabilia, photos and bronze statue of Hemingway perched on a bar stool celebrate his patronage, Hemingway wasn’t Floridita’s only famous author tippler: Ezra Pound, John dos Pasos and Graham Greene, who wrote Our Man in Havana, were frequent customers. To get away from the madding crowd, reserve a table for dinner.

Finca Vigía, or Museo Ernest Hemingway, reopened in 2007 after an extensive renovation paid for by donations from outside Cuba. From this hilltop villa in the quiet, remote hamlet of San Francisco de Paula, Hemingway overlooked his beloved Havana. Today, much like at his Key West home, visitors peer through floor-to-ceiling windows to get a glimpse of how he lived. The villa is still full of his belongings, including unpublished writings, the typewriter on which he would have pecked out For Whom the Bell Tolls and his Pulitzer Prize-winning novella The Old Man and the Sea, hunting trophies, photos, and even an original Picasso.

Hemingway’s third wife, Martha Gellhorn, first rented the villa in hopes it would inspire his writing more than the Ambos Mundos hotel. However, it was Mary Welsh, his last wife, who spent the winters here with him for 15 years until his death in 1961, at which time the contents and villa were confiscated by the state. The six-hectare estate also houses his beloved fishing boat, the Pilar, which is dry-docked near the swimming pool where Ava Gardner famously swam in the buff, causing Hemingway to order the water never be changed. It’s empty now.